The importance of raising public awareness in increasing recycling rates

#11.06.2018 The importance of raising public awareness in increasing recycling rates

A recurring message at all panels during APEAL’s April event in Brussels was that the consumer is key to recycling, and that even children can be instrumental in inciting parents to do the right thing. 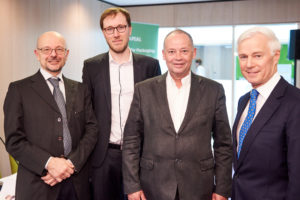 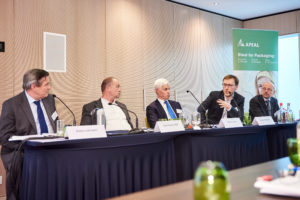 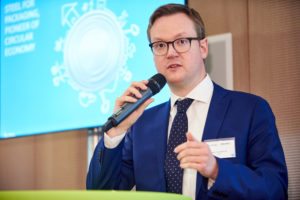 So it was appropriate that the final session of the day emphasised raising public awareness about the importance of recycling – both at home and outside home – ideally with a message on every can.

During the fourth and final plenary session, Hungarian MEP Tibor Szanyi set the scene by drawing attention to the disparity of collection rules across Europe that risk frustrating conscientious EU recyclers.

William Boyd MD of the UK’s Metal Packaging Manufacturers Association used the UK MetalMatters campaign as an example of good practice for encouraging household packaging recycling. “Communication is the key,” he said.

Lucien Debever, project director for the French version of the Europe-wide Every Can Counts campaign (Chaque Canette Compte) showed how the can collection project has, over 8 years of existence, collected 57 million cans that might otherwise have ended up on or in the ground.

Giovanni Capelli, General Manager of the Italian Metal Packaging Manufacturers Association (Anfima), showed how the Metal Recycles Forever logo has been widely adopted in Italy as a tool to communicate the endless recycling properties of metal to consumers –  a permanent material that recycles forever.

This is particularly important now that the European Parliament has endorsed the concept of “multiple recycling” in the final text of the Circular Economy Package (CEP).

Achieving a truly circular economy was always an ambitious goal. Thanks to the EU’s CEP we are closer now than ever before.

But the message that remains after APEAL’s event is that a holistic, informed and sharing approach is needed if the new legislation is to be successfully implemented over the coming years.

The new report from APEAL is another example of commitment and engagement from the steel for packaging industry towards increasing recycling and achieving a more circular economy.