Metal Recycles Forever – raising awareness of steel recycling in Germany, one can at a time 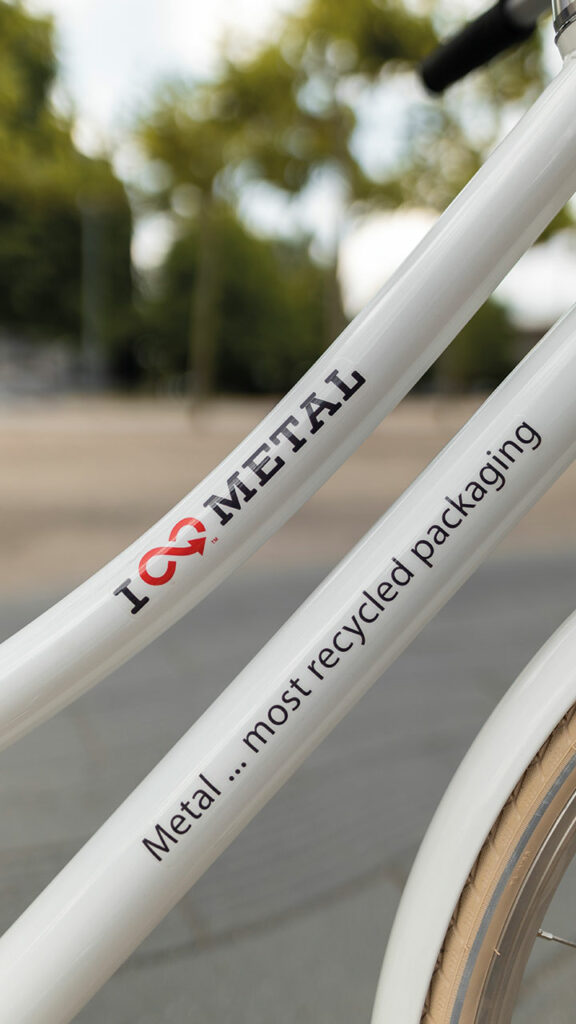 Can used food packaging be turned into a bike? Yes it can! And to demonstrate this, Edeka supermarket chain in the German region of Rhein-Ruhr launched a special project last year in cooperation with the Food Can Initiative (ILD) to raffle 500 stylish city bikes with the message “METAL recycles forever”.

Sustainability is the only way to preserve our planet. That means conserving resources, using materials instead of consuming them and, above all, recycling. A specific logo that supports this project is becoming more and more visible to consumers of metal packaging, helping them to better understand the key role they have to play in keeping metal in the material loop by recycling their empty packaging.

The German campaign involved 720 Edeka supermarkets which saw their sales increase 1/3 more than during other canned food promotions.  4.8 million Edeka customers saw the promotion in the supermarkets and 5 million leaflets were distributed announcing the promotion. 14,000 participants entered the competition.

Read more on the campaign

More about about Metal Recycles Forever