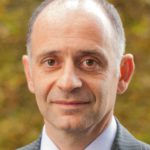 APEAL, the Association of European Producers of Steel for Packaging, has appointed Stéphane Tondo, Chief Marketing Officer for the Packaging and Energy segments at ArcelorMittal Europe to take over the role of President starting 1st October.

Mr Tondo was elected unanimously by the Board and General Assembly of APEAL and succeeds Dr Ulrich Roeske of thyssenkrupp Rasselstein. His nomination is in line with the biennial rotating presidency of APEAL, defined by the association’s statutes.

“Ulrich Roeske has done a remarkable job increasing the visibility and influence of APEAL as the reference for steel for packaging in Europe”, commented Mr Tondo. “Under my presidency APEAL is expecting to see implementation of the EU’s Circular Economy Package.

“This will require APEAL to deepen understanding of the role steel for packaging can play as model for a circular economy and leverage existing best practices to increase steel packaging recycling across Europe. I’m looking forward to the challenge” he added.

After an early career as a sales engineer in Germany, he joined ArcelorMittal in 1998 holding positions as market development engineer, key-account manager and regional head of automotive sales before assuming his current position in October 2013.

He holds degrees in Mechanical Engineering and Marketing from the Esidec-ICN business school in Metz, France.