Thirty years of achievement and we’re not done yet 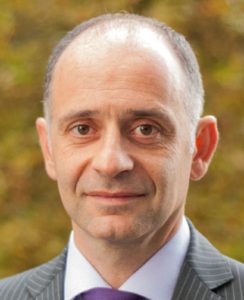 From Stéphane Tondo, President of APEAL.

As I start my new role as APEAL President our association celebrates its 30th anniversary. This is a great opportunity to take stock, look at the progress that’s been made and what challenges lie ahead.

The year of our foundation, 1986, was a year of significant incident. As the Cold War began to slowly thaw, Spain and Portugal joined an expanding “European Community” and IBM unveiled the first laptop computer.

The world has seen a great deal of change since, as has APEAL and its members in the context of steel for packaging.

In the last 30 years we have reduced the energy we use to make steel for packaging by 25%. Our CO2 emissions have almost halved. The wall of a 3-piece food can is 29% thinner on average. New generation steel cans are 46% lighter.

Essentially we are doing more with less.

Steel packaging is now Europe’s most recycled packaging material and has been for the last decade, pulling further away from other materials whose recycling rates appear to stagnate. This is an achievement we can all celebrate. However, we realise more remains to be done in the next 30 years.

2016, like 1986, looks like being a significant year. Under my mandate APEAL is expecting to see implementation of the EU’s Circular Economy Package (CEP).
The CEP is an opportunity to demonstrate the major contribution steel for packaging can make in helping achieve the EU’s policy objectives. This will require APEAL to increase understanding of the role steel for packaging can play as a model for a circular economy and leverage existing best practices to increase steel packaging recycling across Europe.

Steel has a unique blend of inherent properties. Infinite recycling with no loss of quality and ease of separation from waste streams thanks to magnetic properties, combine to make steel the material of choice for the Circular Economy.

In fact, the European Environment Agency (EAA) used steel as the example of resource efficiency in its 2015 report, “The European environment — state and outlook 2015”

Further improvements in the recycling rate of steel for packaging will help drive greater circular economy benefits. Countries like Germany, the Netherlands and Belgium are already achieving outstanding steel packaging recycling rates of over 90%. By sharing best practices across Europe we are confident that we will meet our self-imposed industry target of 80% recycling by 2020.

Steel packaging’s inherent recyclability means that every steel manufacturing plant across Europe is also a recycling facility as steel scrap is an inherent part of the production process for new steel. The overall impact is a further reduction in CO2 emissions and energy usage, which all adds to steel’s sustainability credentials, as well as a simple and efficient recycling process.

Whilst much remains to be agreed, the positive role of permanent materials such as steel and their high recycling potential should clearly be at the heart of the new CEP.

In another 30 years, when we look back at 2016, I hope we will be able to recognise this as the year that Europe began moving towards a more sustainable and resource efficient economy. And I have no doubt that steel for packaging will be recognised as a material that played a key role in making that move possible.